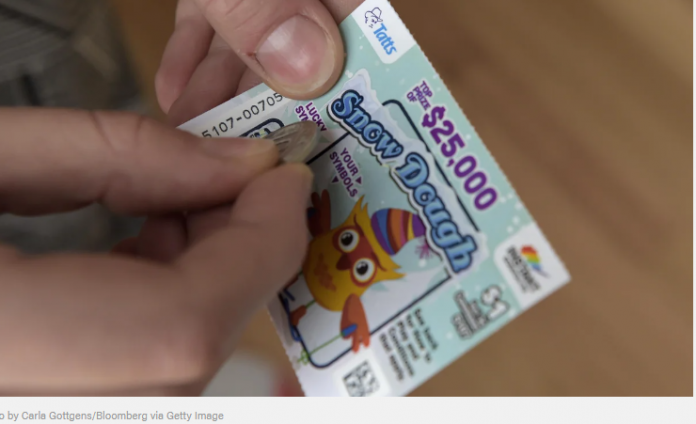 After being convicted of first-degree murder in the death of his ex-girlfriend, a court sentenced a North Carolina man and former $10 million scratch-off lottery ticket winner to life in prison.

Michael Todd Hill, 54, purchased his winning ticket in 2017, according to authorities. Three years later, his luck ran out, and he was accused of killing his lover, Keonna Graham, 23, when the two were staying at a nearby hotel.

Graham was discovered dead with a gunshot wound to the back of her skull, according to authorities.

Surveillance footage from the hotel indicated Hill as the only one in the room with Graham at the time she was fatally shot, according to prosecutors.

Hill was eventually apprehended by police in Southport, North Carolina, and admitted to shooting Graham after she was seen messaging other males at the hotel, according to prosecutors.

Hill was arrested and charged with murder after Graham was murdered. Hill was convicted guilty of first-degree murder and sentenced to life in prison without the possibility of release in connection with the woman’s death by a jury in May.

The District Attorney’s Office appreciates the cooperation of our local law enforcement authorities in the investigation into Graham’s death. In a statement released by the prosecutors, Assistant District Attorney Shirley Smircic emphasized that the officers’ efforts achieved a fair outcome in this case.

Hill was previously described as a lovely person, according to a report. He is claimed to have returned after winning the lottery and given $2,000 to the store employee who sold him the winning scratch-off ticket.