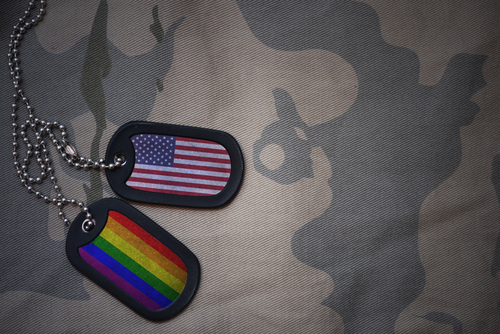 The military is meant to have only one job, and it is supposed to be that one. Its mission is to protect and defend the United States while also carrying out the commander-in-directives. chief’s

We want only the bravest and best on the frontlines, thus the military is entirely volunteer. There are numerous reasons to join, but you can be sure that everyone who does so has a strong affinity for the United States of America.

The issue isn’t with our patriotic troops; it’s with the woke ideology that has been imposed on them from the top. Inside the military and the US government, woke generals, far-left fanatics, and rabid liberals are attacking our military.

Many people recall Mark Milley, Chairman of the Joint Chiefs of Staff, and his passionate advocacy of critical race theory education in the military.

He claimed that understanding white rage was critical to modernizing and challenging our military.

That’s the United States’ top soldier saying it, which should give you an idea of how badly this woke rot has entered our military organization.

The Marines as well as all other US military need less woke. https://t.co/9x15vUjE4q

Our woke cadre of diversity kooks are babbling about transgender rights and racial justice while Communist China is out training youngsters in military reserves corps on target shooting and basic military maneuvers.

The Department of Defense is filled with armchair military personnel and bureaucrats who are paid to make life more difficult for our military forces.

It’s critical that the military has a clear chain of command and procedures in place. Using that to drive through more diversity and equity nonsense, on the other hand, is hurting America.

Lloyd Austin, the US Secretary of Defense, has a lot of voices in his head urging him what to do. His previous efforts to weed out Trump supporters while ostensibly combating white racism went mostly unreported.

He now has others urging him to go even further, including Bishop Garrison, his top diversity counselor. Focusing on inclusiveness and diversity, according to Garrison, will be a force multiplier that makes the military stronger.