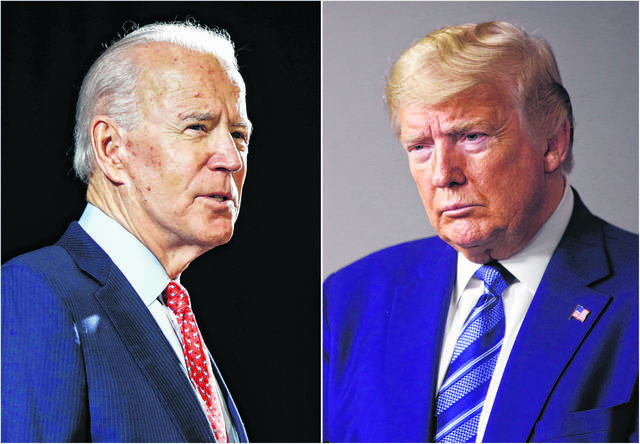 Trump’s former President criticized Joe Biden for not following the plan he left on Afghanistan. Biden had blamed the former administration of empowering the Taliban and continued to rule over cities and regions across the country.

In a White House statement, Biden reiterated his decision to withdraw U.S troops from Afghanistan. He also blamed the Trump administration for having signed a deal that placed them in the “strongest position militarily” since 2001.

“When I became President, I faced a choice—follow through on the deal, with a brief extension to get our forces and our allies’ forces out safely, or ramp up our presence and send more American troops to fight once again in another country’s civil conflict,” the president said, reiterating his long-standing reasoning for the decision to withdraw U.S. forces.

“One more year, or five more years, of U.S. military presence would not have made a difference if the Afghan military cannot or will not hold its own country,” he added. “An endless American presence in the middle of another country’s civil conflict was not acceptable to me.”

Two hours later, Trump responded to criticize Biden for not following his plan that “protected our people and our properties and ensured that the Taliban would never dream about taking our Embassy or providing an opportunity for new attacks against American,” but he did not specify any details.

“What a disgrace it will be when the Taliban raises their flag over America’s Embassy in Kabul,” he said. “This is complete failure through weakness, incompetence, and total strategic incoherence.”

In April, Trump praised Biden’s decision to withdraw U.S. forces from Afghanistan as “a wonderful positive thing to do,” adding that the U.S. should “get out earlier.” Before he left office, Trump pulled 2,500 troops and imposed a May 1 deadline for withdrawing forces. Biden announced that the withdrawal would commence on May 1, with an aim to complete the process by September 11, 2021.

Biden announced that about 5,000 troops were deployed to Afghanistan to ensure an orderly and secure pullout to protect American interests. Biden also directed the U.S. intelligence and military officials to ensure that they have enough resources to deal with “future terrorist attacks from Afghanistan.”

On Saturday, the Kabul government collapsed further, Losing its last major city in northern Afghanistan, Mazar-i-Sharif, to a rising Taliban.