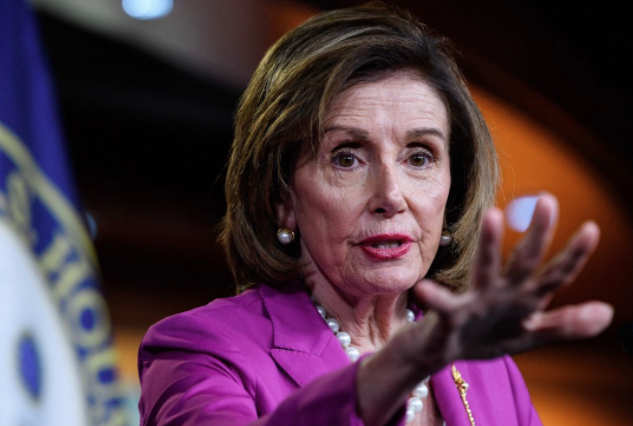 “A federal freeze on most evictions enacted last year expired Saturday after President Joe Biden’s administration extended the original date by a month,” USA Today reported. “The Supreme Court voted to not end the eviction program and let it expire on July 31. Justice Brett Kavanaugh wrote in the opinion in June that ‘those few weeks will allow for additional and more orderly distribution’ of the funds that Congress appropriated to provide rental assistance to those in need due to the pandemic.”

Congress is controlled entirely by Democrats and has failed to pass any new legislation to extend this moratorium.

Alexandria Ocasio Cortez, a radical leftist Rep., admitted in a CNN interview that Democrats couldn’t in good faith blame Republicans for not extending the eviction moratorium.

“And we have to really just call a spade a spade,” she said. “We cannot in good faith blame the Republican Party when House Democrats have a majority.”

Pelosi tried to blame Republicans for the disaster, but eventually blamed Biden’s CDC. She was subsequently criticized by her party members for this.

“Ensuring every American has a roof overhead is a value that unites the Democratic Party. That’s why I led a relentless campaign to extend the CDC eviction moratorium,” Pelosi claimed on Saturday. “In an act of pure cruelty, Republicans blocked this measure — leaving children and families out on the streets.”

“The CDC has the power to extend the eviction moratorium,” she falsely claimed on Sunday. “As they double down on masks, why wouldn’t they extend the moratorium in light of [the] delta variant?”

A clearly desperate Pelosi faced backlash from every angle over the pressing issue, as she has recently been too preoccupied with her January 6 witch hunt.

Some of the responses that Pelosi’s remarks generated included:

Leftist Aaron Huertas said, “A handful of conservative Democrats were *not* united on this and progressive members are happy to discuss that publicly, so this argument will definitely not work. Yeesh.”

Another Leftist, Peter Daou stated, “PELOSI, TRANSLATED: We control the White House, Senate, and House, and we’re powerless. Now let the evictions proceed as I get back to my insider trading…”

Political candidate Samuel Williams asked Pelosi “Is your memory as bad as Joe’s?” after pointing out that just the day before blaming the CDC, she said it was Republicans fault.

A new report estimates that 1.95 million renter households in the United States owe more back rent than $15.3 billion at the expiration of the federal eviction moratorium.

California also has the highest rent debt at $354 billion, which is higher than the combined rent debts of New York ($1.43 trillion) and Florida ($1.53 billion).