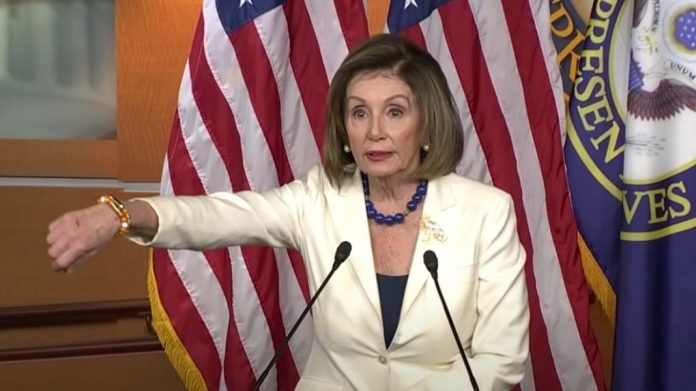 Many of these statements are untrue.

After telling this gigantic lie, Nancy Pelosi will have many questions.

Nancy Pelosi, a radical pro-abortion politician, is the most radical American woman ever to have been elected.

Pelosi supports abortion right up to the moment of birth. She also supports taxpayer funding of abortion mills that end the lives of the most innocent people on earth.

Pelosi stated to reporters that taxpayer funding abortion is a health problem.

“It’s an issue of health of many women in America, especially those in lower income situations, and different states, and it is something that has been a priority for many of us a long time,” Pelosi stated.

Pelosi said that as a devout Catholic, she supports taxpayer-funded abortion as an “issue of fairness and justice.”

“As a devout Catholic and mother of five in six years, I feel that God blessed my husband and me with our beautiful family, five children in six years almost to the day,” Pelosi added. “But it’s not up to me to dictate that that’s what other people should and it is an issue of fairness and justice for poor women in our country.”

No Biblical or Church teaching claims that suffocating a baby’s life is justice.

The opposite is actually true.

Many Catholics are skeptical that Pelosi, a pro-abortion politician, can call themselves a devout believer and faithful Catholic.

Nancy Pelosi, however, rejects one central tenant of Catholicism and supports taxpayer-funded abortion.