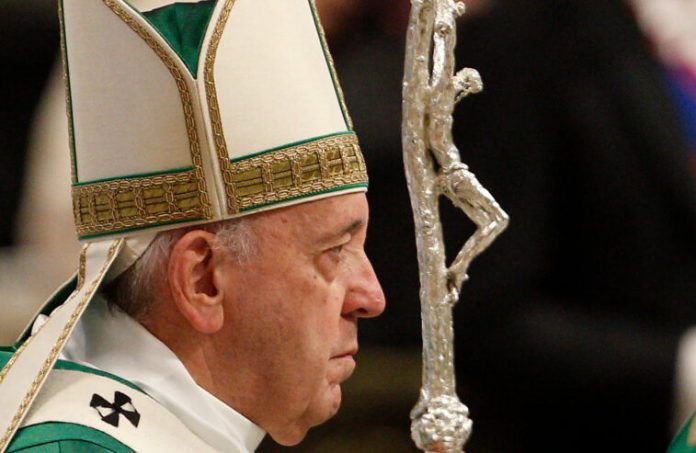 Pope Francis is not the person to go to if you want intellectual, moderate Christian thoughts and viewpoints. Despite his position, he constantly puts his foot in his mouth and says things that aren’t based on Scripture, and occasionally even contradict God’s word.

Pope Francis opened his speech at the Vatican during an international meeting on the miseries of war on a mild but theologically sound note.

The Pope stated that we are accustomed to hearing news of distant wars. Syria, Yemen, and the usual suspects. Now that the fight has moved closer to us, it is nearly on our doorstep. And this makes us reflect on our nature’s brutality and how far we are capable of going. Our brothers’ assassins. Thank you very much, Msgr. Guy-Réal Thivierge, thank you for bringing this letter, which is a wake-up call and draws attention to what is going on. We’re talking about education, and when we think of education, we think of kids and teenagers.

This is taking place right in front of our eyes. The Gospel just urges us not to look the other way, which is precisely the most pagan attitude of Christians: the Christian gradually becomes a pagan disguised as a Christian as he becomes accustomed to looking the other way. This is why I wanted to start here, with this thought.

This conflict has beaten us, the educated, who work in education, because we are responsible on the other side. There isn’t such a thing as a just war: it doesn’t exist!

However, the Catholic Church’s Catechism, a collection of Catholic beliefs, lays out a set of circumstances that must be met in order to legitimize the use of armed action, encapsulating the teachings of Saint Augustine of Hippo and Saint Thomas Aquinas.

It states that the aggressor’s damage to the nation or community of nations must be long-lasting, severe, and certain; all other means of eradicating it must have been shown to be impractical or ineffective; there must be serious prospects of success; and the use of arms must not result in evils and disorders that are more serious than the evil to be eradicated.