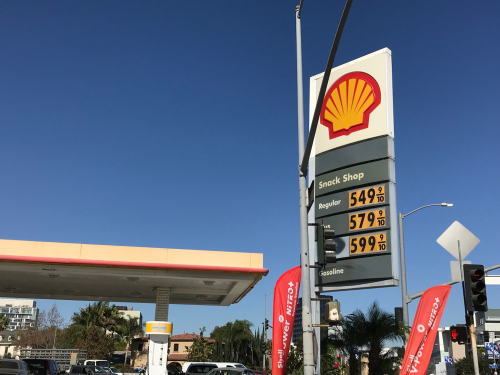 Today’s unpleasant reality is that gas costs are so high that many Americans just cannot afford them. People today are spending more money on gasoline than they have ever spent before.

This has become such a problem that stories are circulating that Americans in the South are traveling to Mexico and queuing for hours only to get cheaper petrol.

Someone in the Biden Administration suggested dealing with high gas prices by sending the American people gas cards. Only one man in the White House is stupid enough to suggest that.

In yet another attempt to divert attention away from domestic energy production, the Biden administration considered issuing pre-paid gas cards to the American public.

This, it appears, was something the White House thought would benefit Americans. However, after receiving negative response from lawmakers, the Biden administration decided to abandon the plan.

While gas cards are no longer an option, this exemplifies how out of touch the Biden administration is. Inflation is the result of the federal government spending money recklessly.

As a result, if the White House had spent more federal money on pre-paid gas cards, the result would have been even more inflation, resulting in higher petrol prices.

Biden doesn't need to send out "free" gas cards. Just get rid of all the REGULATIONS he has put on the oil industry and we can buy our own gas and everything else at a reasonable price!!

Distributing petrol cards, ironically, would have worked against the initiative’s main goal.

The American public has reacted negatively to news of the White House’s now-cancelled gas card scheme.

Many individuals expressed their displeasure with the suggestion on social media, calling it ridiculous and useless. Others suggested that instead of handing away gas cards, Biden should remove the roadblocks to American energy independence that he has erected.

Unfortunately, the White House continues to oppose energy independence while falsely claiming that the government is not impeding US energy output.

Several members of Biden’s Cabinet, however, have stated that Americans who cannot afford current gas prices should acquire electric vehicles to eliminate their need for petrol.