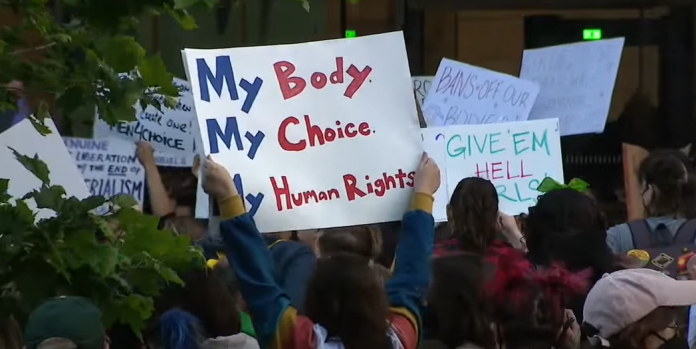 Authorities said that a group of protestors were marching peacefully before a clash with police resulted in one officer being hurt.

A demonstration in Los Angeles against the stolen US government documents A brief altercation with police over a Supreme Court draft opinion that might overturn Roe v. Wade resulted in one officer being hurt, according to authorities.

After an altercation near downtown’s Pershing Square on Tuesday night, a citywide police tactical alert was issued.

Before the confrontation, authorities said roughly 250 people were walking peacefully for abortion rights. Some rioters tossed rocks and bottles at officers, according to LAPD Chief Michel Moore. A baton was used to strike one of the officers.

There was no immediate indication of any arrests, and after a heavy police force was called in, the throng dispersed.

It was the sole incident of violence documented during nationwide protests. A crowd of around 1,000 people gathered outside the Supreme Court in Washington, D.C., with smaller demonstrations in Atlanta, Austin, Texas, and Manhattan, where New York Attorney General Letitia James said that she proudly stepped inside Planned Parenthood and had an abortion nearly two decades ago.