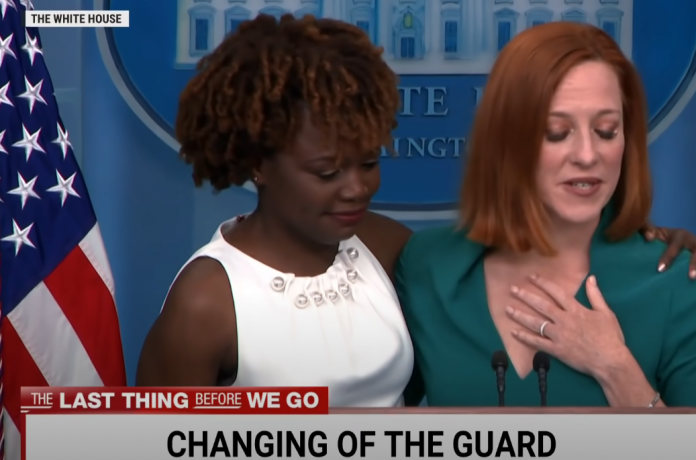 President Joe Biden’s chief deputy press secretary, Karine Jean-Pierre, has been elevated to press secretary and will take over for Psaki next week. She will be the first Black White House press secretary in history, as well as the first openly homosexual person in the position.

“Jen Psaki has set the standard for returning decency, respect and decorum to the White House Briefing Room. I want to say thank you to Jen for raising the bar, communicating directly and truthfully to the American people, and keeping her sense of humor while doing so. I thank Jen her service to the country, and wish her the very best as she moves forward.”

Psaki took to Twitter on Thursday to express her thanks to the president and first lady, as well as to congratulate Jean-Pierre.

Jean-Pierre, a longstanding Biden adviser, served as his communications and political staffer throughout his term as vice president and during the 2020 campaign, before being promoted to his No. 2 spokeswoman during his administration.

Karine not only has the expertise, talent, and integrity required for this challenging role, but she will also continue to lead the way in speaking about the Biden-Harris Administration’s work on behalf of the American people, according to Biden.

Psaki also paid tribute to Jean-Pierre at the outset of the news conference on Thursday.

Psaki’s resignation was expected. She had previously stated that she planned to stay in the top job for about a year before resigning to spend more time with her two young children. Since Biden’s inauguration in January 2021, she has held the job.