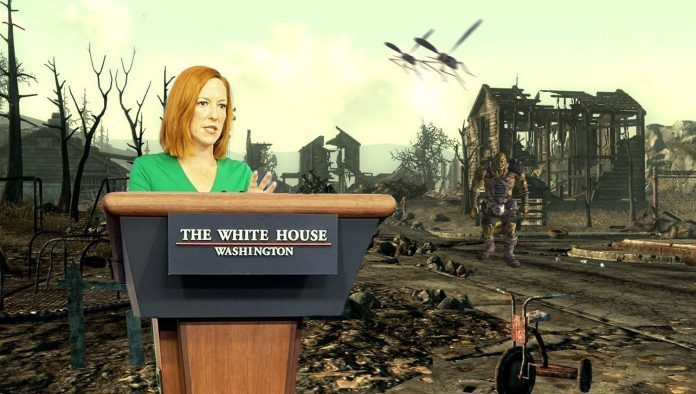 Instead of viewing it as a deadly threat, they view it as a “competition”.

“Can you comment on reports that China tested a nuclear-capable hypersonic missile over the summer to the surprise of U.S. officials? And do these raise concerns about China’s nuclear capability?,” a reporter asked psaki.

“Well, I know General — Secretary Austin, I should say, was asked this question this morning and addressed it, but I’m not going to comment on the specific report,” Psaki began saying.

“I can say and would echo what he said, which is, generally speaking, we’ve made clear our concern about the military capabilities that the PRC continues to pursue and we have been consistent in our approach with China. We welcome stiff competition,” she stated.

Yes, there is competition! It’s like a game of baseball, right? It’s a friendly competition using nukes!

This contrasts sharply with Trump’s view of dangerous adversaries. Below is a flashback to Trump telling Iran not to “f**k around” with him.

“If you fuck around with us, if you do something bad to us, we are gonna do things to you that have never been done before.” — the President of the United States pic.twitter.com/RfDKchaw7i

Is there anyone else who misses President Trump?