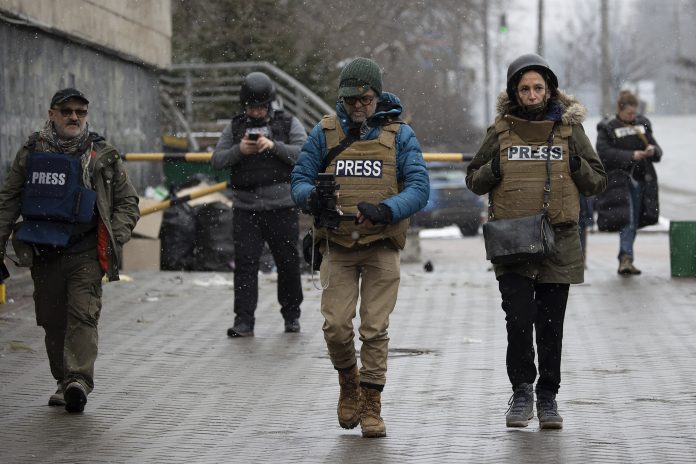 According to officials and sources, Russia’s parliament enacted a measure on Friday criminalizing fake news and imposing a 15-year prison sentence on journalists who dispute the country’s official pronouncements about the Ukraine incursion.

Journalists who willfully propagate misleading information, including using phrases like war and invasion to characterize the Russian strike, might face a lengthy prison sentence under the new law, which is slated to take effect on Saturday.

Russia believes that its opponents’ bogus news sows conflict and splits its people.

Reposting items on social media that contradict or criticize the Kremlin’s picture of the battle might result in criminal prosecutions and fines of up to $44,740 for citizens who aren’t members of the media.

The anti-freedom-of-expression bill caused BBC News to evacuate all of its journalists from Russia on Friday, with director-general Tim Davie declaring that it appears to criminalize the process of independent journalism.

Meanwhile, reporters from TV Rain, one of Russia’s remaining independent news outlets, were seen silently marching out of their office when Russian officials removed them from the airwaves in an effort to silence criticism of the Ukraine incursion.