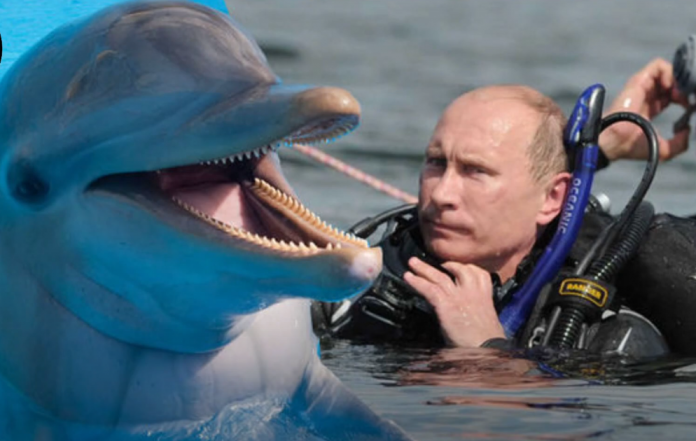 In a desperate attempt to preserve its naval force, Russia has utilized trained dolphins.

Following Ukraine’s sinking of the flagship Moskva earlier this month, Moscow has dispatched two dolphin pods to its naval base in Sevastopol.

The two dolphin pods were relocated to the Black Sea facility in February, according to satellite pictures analyzed by the US Naval Institute (USNI), at the outset of Putin’s invasion of Ukraine.

Dolphins might be used for anti-dive operations and to keep Ukrainian soldiers out of the harbor.

The Russian Navy’s most important naval station is Sevastopol, where a huge number of ships are moored, making them vulnerable to underwater strikes.

In the past, Russia was notorious for training dolphins for military objectives and deploying them to mine foreign ships.

The incredibly clever creatures were even taught to swim up to enemy ships with explosives strapped to their backs, blasting holes in the ships – and themselves.

During the Cold War, both the United States and the Soviet Union trained military dolphins.

The Soviet Union navy operated a number of marine animal programs, including dolphin training near Sevastopol at Kazachya Bukhta.

In the 1970s, bottlenose dolphins were trained to carry out maritime missions.

With firearms mounted to their skulls, the creatures were capable of laying explosives on ships and assaulting divers.

After the Soviet Union fell apart, the dolphin unit relocated to Ukraine, where it narrowly survived.

It was put back into service after Russia’s disputed annexation of Crimea in 2014.

It was later uncovered that a number of dolphins perished as a result of their refusal to feed or follow Russian directives.

The dolphins went on a hunger strike after being captured by Russian invaders, according to Borys Babin, the Ukrainian government’s envoy in Crimea.

During the Cold War, the US also taught dolphins, sea lions, and even sharks.

According to a 2016 investigation, military leaders tried unsuccessfully for years to convert sharks into killing robots.