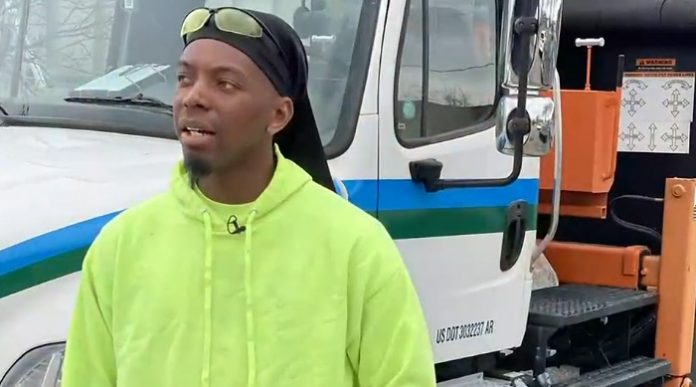 An elderly woman who went missing in the middle of the night was rescued by a sanitation worker in Caruthersville, Missouri.

Around 7 a.m.Macario Chism came to a halt in a convenience store. when the cashier informed him that dementia-stricken 82-year-old Thelma Bates had been issued a Silver Alert.

Chism dashed out of the store and immediately spotted her. In the chilly 16-degree weather, she wore no shoes.

He snatched her from the ground and brought her to his truck in his arms.

During the search, Chism claimed he was thinking of his own late grandma.

Bates was rushed to the hospital but was shortly released. The blood pressure was normal. The vital signs were normal. Renee Bates, Bates’ daughter, maintained there was nothing wrong with her.

“This is about as near to a miracle as you can get,” Caruthersville code enforcement officer Barry Gilmore remarked.

A local news station and bank presented Chism with a $400 reward for his “Gr8 Act of Kindness.”

The Bates family was also present to express their gratitude.

“We would be placing flowers on my mother’s grave today if it weren’t for Cario,” Renee remarked.