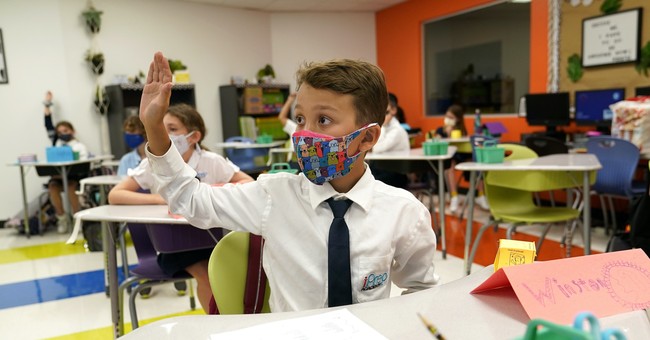 In their pre-teen years, no one knows they’re pansexual, transgender, or gender fluid. Those who do so are committing child abuse. Teachers are forming trans groups with students as early as ten years old. They’re also administered puberty blockers behind their parents’ backs in secret. A Connecticut school nurse was suspended when she exposed her school’s clandestine puberty blocker/transgender operation.

🚨 A school nurse was suspended for revealing that the school was secretly giving kids puberty blockers and helping kids transition behind their parents’ backshttps://t.co/8yxXPvRRaz pic.twitter.com/OcwuZ9Awc3

Kathleen Cataford, a teacher at Hartford’s Richard J Kinsella Magnet School, was fired on Monday after the post was deemed transphobic.

In response to a plea for local school recommendations, the 77-year-old wrote on a local mom’s group, “to investigate the education system curriculum.” Connecticut is a state that is both socially liberal and gender ambiguous.

She also mentioned that as a public school nurse, she has an 11-year-old female student on puberty blockers, as well as a dozen students who identify as non-binary, with all but two of them keeping their identities hidden from their parents with the help of teachers, social workers, and school administration.

Cataford went on to say that teachers and social workers spend 37.5 hours per week influencing students, not necessarily teaching them what you think they should be learning. This perplexity is taught to children in kindergarten.

Puberty blockers are a controversial topic in the United States since they are used to delay puberty in transgender youth.