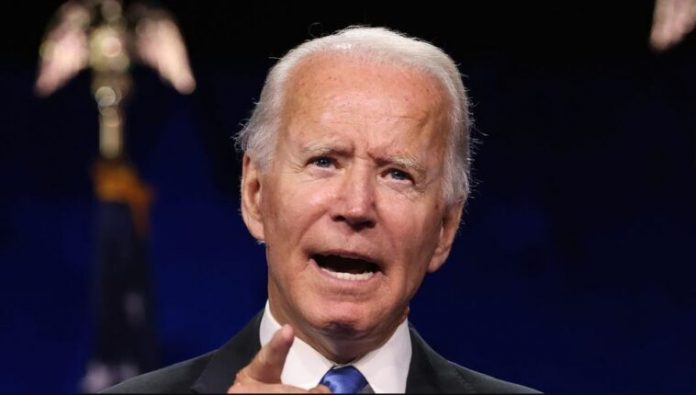 Senators from the United States are now gathering to demand President Biden resign or face increasing demands for impeachment due to his shameful handling of the Afghanistan military withdrawal. Biden’s horrible decision has resulted in the deaths of at least 12 U.S. military personnel.

New York Rep. Claudi Tenney has called on Biden to resign or be impeached.

I called for Biden’s resignation the first day this Afghanistan debacle began & it has grown more deadly by the day.

Now the Pentagon is confirming a number of US & civilian casualties.

I urge my colleagues to join me in calling for the resignation or impeachment of Joe Biden.

Are we ready yet?

Call 202-224-3121 and request your Representative to let them know.#ImpeachBiden pic.twitter.com/tAbsJoKcNJ

“A lot of people throwing around the ‘impeachment’ word with the president right now, what do you make of that?” Newsmax host Rob Schmitt asked.

“Me too,” Graham stated. “I think he should be impeached.”

“I think this is the most dishonorable thing a Commander-in-Chief has done, maybe in modern times,” the senator contiuned to add.

This was before the media reported that military personnel was killed. There were also Americans trapped behind enemy lines ahead of an Aug. 31 “deadline” and worse reports that the U.S. Military under Biden has been cooperating with the Taliban terror regime.

“U.S. general says since Aug. 14 the U.S. military has been sharing ‘information with the Taliban,’ to prevent attacks,” Lucas Tomlinson reports.

This follows upon a Politico “scoop,” independently reported earlier by Becker News, that the Taliban has “lists” of Americans and Afghan allies.

“U.S. officials in Kabul gave the Taliban a list of names of American citizens, green card holders and Afghan allies to grant entry into the militant-controlled outer perimeter of the city’s airport, a choice that’s prompted outrage behind the scenes from lawmakers and military officials,” Politico reported.

“The move, detailed to POLITICO by three U.S. and congressional officials, was designed to expedite the evacuation of tens of thousands of people from Afghanistan as chaos erupted in Afghanistan’s capital city last week after the Taliban seized control of the country,” the report added. “It also came as the Biden administration has been relying on the Taliban for security outside the airport.”

Donald Trump Jr. made the pertinent point about how this behavior is impeachable due to the extremely low standards set forth by the Democratic Party.

“So now we are giving a terrorist organization the names of US citizens and other allies?” Donald Trump Jr. asked. “How does this not endanger them greatly? We impeach presidents for having a phone call with a president of another country but not this insanity! You awake yet?”

The American people are awake. The Republican Party must condemn the Biden administration with a loud voice and demand the resignation of the president. Although the Democratic Party might not allow impeachment to be brought forward, everyone should know that it is fully behind Biden’s disastrous decision.