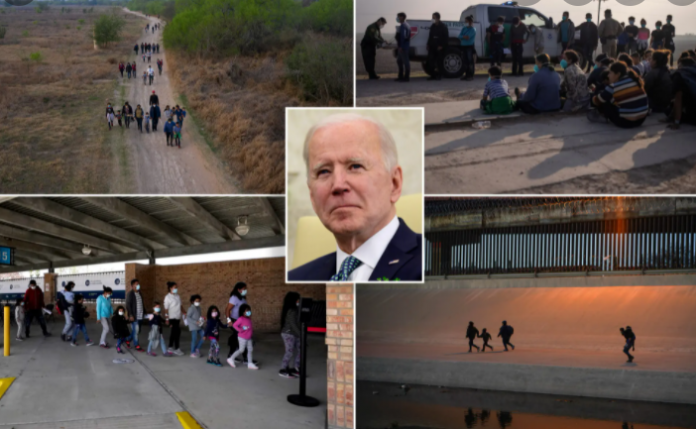 Biden appointed Kamala Harris Vice President to lead the U.S. response to the influx in migrants in March 2021.

Harris avoided the southern border for almost two months. She stated that “we also have to deal with root causes” which led to millions fleeing Central America in search of the U.S.

The Washington Examiner reported that more than 2,000,000 migrants were stopped from trying to enter the U.S.A. from Mexico in the last year.

While the administration also encouraged companies such as Microsoft and Mastercard to invest and help create jobs in Central America, migration out of the region has not slowed.

During the past 18 months, more than 1 million people from El Salvador, Guatemala, and Honduras were encountered attempting to enter the U.S.

“The pay differential at the lowest end of the scale in the United States and those countries is about 10-to-1,” Andrew Arthur, a former federal immigration judge and now a resident fellow at the conservative Center for Immigration Studies, told the Examiner.

Alejandro Mayorkas, Homeland Security Secretary, has been working to improve diplomatic relations with Central American leaders in an effort to get other countries to cooperate and prevent illegal migration.

Mayorkas visited Panama last month, when he signed the Bilateral Arrangement on Migration and Protection, in which both countries promised to improve migration management, expand stabilization efforts in the region, and increase access to legal pathways and protection for those in the region, the Examiner said.

“In the first nine months of the strategy, our efforts achieved notable progress and built on lessons learned to lay the path for continued success,” a State Department spokesperson wrote in an email to the Examiner.

“Our work to ensure that Central Americans are able to build prosperous and safe futures at home continues. The challenges in the region will not be solved overnight.”