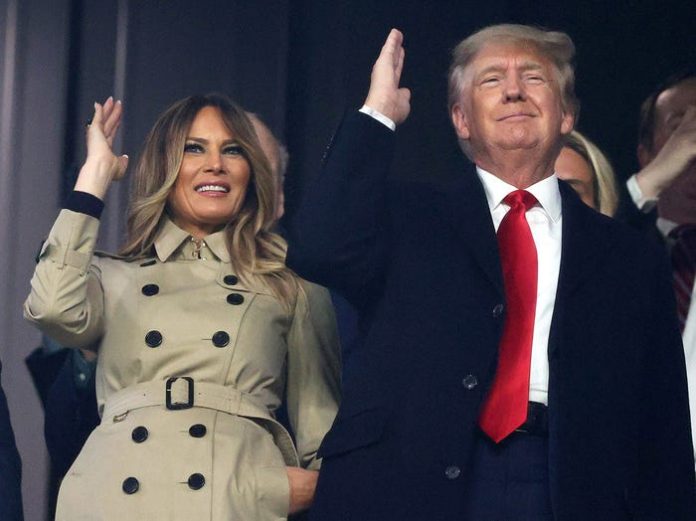 The tomahawk chop was performed by former President Donald Trump with Braves fans during the fourth game in the World Series in Atlanta. video of this controversial fan salute was shown.

This fan-favorite gesture is now controversial in the national conversation about racism and professional sports symbols. In response to criticisms of their former names, the Washington Football Team, as well as the Cleveland Indians, have both changed their names.

Major League Baseball Commissioner Rob Manfred stated that the Native American community in the area is supportive of the Braves’ program. The Hill reported.

Trump declared Saturday afternoon that he would be attending Game 4 in the World Series. He wrote in a statement that he was invited to by Manfred, and Randy Levine, New York Yankees owner.

However, officials from the league claimed that Trump requested to attend but was not invited, CBS Sports reported.

After the MLB announced that the All-Star Game would move out of Georgia, Trump demanded a boycott. This was in protest of its restrictive voting bill.