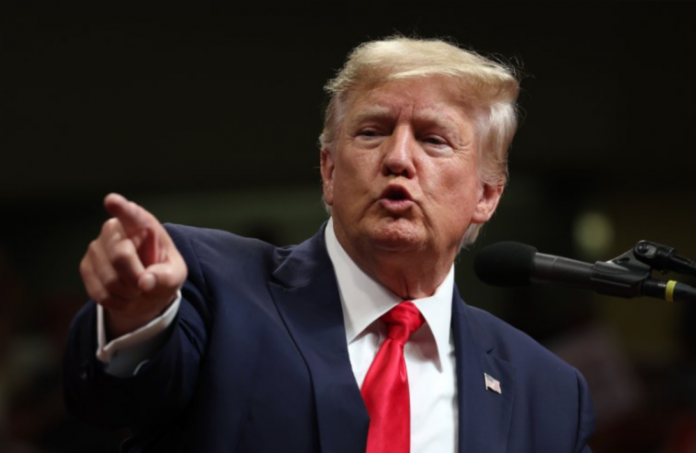 President Trump is still trying his best to provide his almost always amusing and pertinent commentary about political issues despite having been banned from Twitter by the goon squad running that flaming dumpster fire of a social media platform. He is obviously using his continued prominence and influence to stay relevant as 2024 approaches and Brandon gets worse and worse.

He then got into the most recent debate, this one involving Biden’s most recent, absolutely unreasonable, and unfair idea to cancel $10,000 in student debt for individuals making under a particular amount, denouncing the action as a money grab coming out of the working-class wallet.

In one of his Save America speeches, Trump discussed that and stated,

“Joe Biden and the Radical Left Democrats have just orchestrated another election enhancing money grab, this time to the tune of $300,000,000,000—and just like I predicted, it’s coming right out of the pocket of the working-class Americans who are struggling the most! Crippling inflation, unaffordable energy prices, and WAR—all things that should never have happened. But if that wasn’t enough, now Americans are bailing out College Administrators who fleeced students, and those who opted for Degrees there was no way they could afford. America is a nation in decline, and the cliff into oblivion is within sight. Stop voting for Democrats! MAKE AMERICA GREAT AGAIN!”

“He was afraid to use the “Debt Ceiling Card” in order to stop the most expensive waste of money in our Country’s history, to be spent on the Green New Deal, which will only cause one thing, a Depression. These expenditures are something our Country can never recover from. Mitch McConnell is not an Opposition Leader, he is a pawn for the Democrats to get whatever they want. He is afraid of them, and will not do what has to be done. A new Republican Leader in the Senate should be picked immediately!”

Additionally, Trump wasn’t the only Republican to criticize the Democrats for their most recent spending spree. The Texas representative Troy Nehls did the same, mocking Biden’s debt forgiveness proposal.

Biden could believe that by waiving some student loan debt, he purchased votes. He may have purchased some, but he also brought attention to his spending issues at a time when inflation is already severely harming the economy.