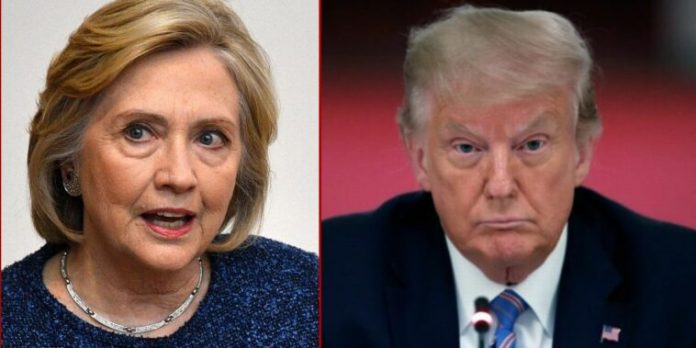 Trump is one of the few recent American presidents prepared to tell it how it is when it comes to Putin. While others on the right and left pretend that Putin is a lunatic slumped over the nuclear button, Trump saw Putin as a competent and calculated leader, albeit a bit of a thug.

So, while others seemed to try their hardest to degrade or dismiss Putin, as evidenced by Biden’s refusal to pledge that we wouldn’t make Ukraine, which was once part of the Russian Empire, a NATO member, Trump greeted Putin with respect.

He wasn’t supporting the invasion in any case. Rather, he was merely expressing the obvious: Putin is astute and understands how to use weak Western leaders.

But, of course, the Deep State types, who have repeatedly been outwitted by Putin, do not like hearing that. They prefer to act as if their degrees and qualifications, scraps of paper from pricey universities, are sufficient and that they are far smarter than Putin.

They aren’t. He’s outsmarted them time and time again, and Trump is the only one who knows enough about Putin to challenge him without inflaming tensions.

So, in a recent remark, Trump slammed people who have been misrepresenting his statements while handling the Russian invasion of Ukraine disastrously.

There should be no conflict in Ukraine right now, and it is a tragedy for humanity that Biden, NATO, and the West failed so miserably in allowing it to begin. Instead of demonstrating their power and toughness, they declared the Global Warming Hoax to be the number one danger to global security, squandered American energy independence, and rendered Europe, the United States, and the rest of the world reliant on Russian oil.

They rolled out the red carpet for Russia, and now Putin may be getting everything he wants, with Ukraine and the rest of the world paying the price.