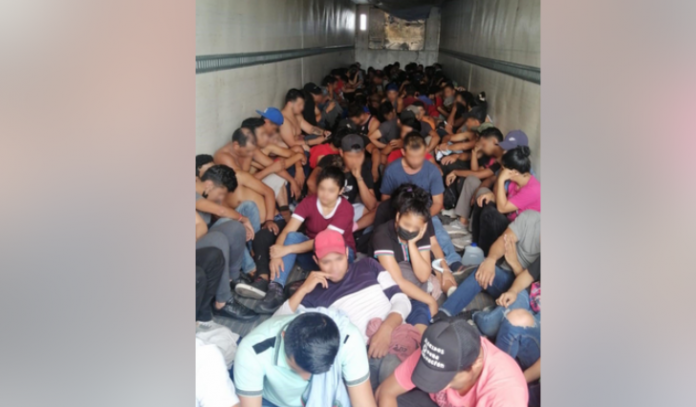 Mexican authorities stopped attempts to smuggle 150 migrants who were crowded into a huge truck over the southern border while Texas was experiencing dangerously high temperatures.

Agents from the United States provided assistance to Mexican law enforcement. The truck was halted in the Del Rio Sector of Customs and Border Protection, which spans 245 miles along the border’s Rio Grande and Lake Amistad.

Every immigrant lived. Many of them can be seen sitting in close quarters in the hot summer sun in pictures of them in the 18-wheeler vehicle.

After 53 migrants were discovered dead inside an abandoned commercial truck in San Antonio a few weeks prior, the attempt occurred. According to police, the deceased were two 16-year-olds from Mexico and two 13- and 14-year-olds from Guatemala.

In relation to the discovery on June 27, four people, including the driver, have been detained.

As the numbers increase, border state authorities have been harshly critical of the Biden administration. Texas and Arizona have recently begun transporting migrants to Washington, DC, and New York City in protest at what they perceive to be a poor reaction from the federal government.

Republicans point to the reversal of Trump’s initiatives as the cause of the decline in immigration to the US.