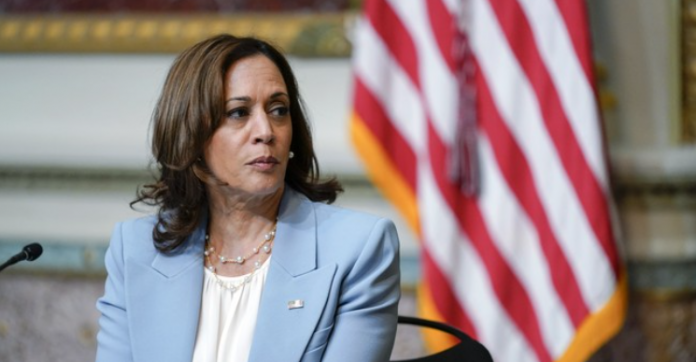 Vice President Kamala Harris attributes the current situation of the nation to the fact that women can no longer have abortions anytime they like rather than President Joe Biden’s disastrous policies.

In an appearance with Chuck Todd on NBC’s Meet the Press, Harris claimed that America is suffering as a result of the Roe v. Wade decision.

Harris said that she believes the Supreme Court is an activist court when asked how much faith she has in the court.

Harris explained what she meant by saying, “it means that we had an established right for almost half a century, which is the right of women to make decisions about their own body as an extension of what we have decided to be, the privacy rights to which all people are entitled. And this court took that constitution right away, and we are suffering as a nation because of it.”

Since Roe v. Wade was overruled, the argument for abortion has caused both parties to scramble. Democrats are designating their states as “sanctuaries” as Republicans race to defend the lives of unborn children.

Both Senator Kamala Harris and President Joe Biden have stated that they would support modifying the Senate’s filibuster rules so that the chamber could adopt a bill codifying Roe v. Wade with a majority vote rather than the usual need of 60 votes.

Harris previously expressed her dislike for several justices on the Supreme Court, particularly those that former President Trump selected.