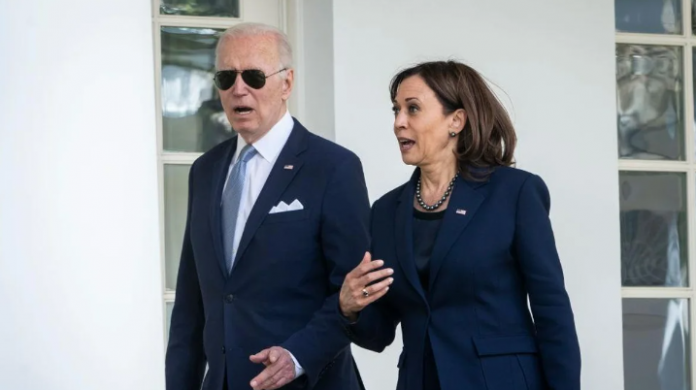 Vice President Kamala Harris spoke with presenter Chuck Todd about border security during an episode of NBC’s “Meet the Press” that was shot in Texas and aired on September 11. Todd questioned Harris, “Would you call the border secure?” citing the historically high number of illegal immigrants who have snuck through the southern border into the United States over the previous year.

The first thing Harris said in response was that Todd should “pass a bill to create a pathway to citizenship.” but she qualified that statement by saying, “The border is secure, but we also have a broken immigration system.”

The number of interactions with illegal aliens along the southern border so far in 2022 has surpassed last year’s totals, when U.S. 1,734,686 of these contacts were handled by Customs and Border Protection. These illegal aliens comprise more than 69% single adults. As a point of contrast, there were 458,088 interactions along the southern border during the final year of former President Trump’s administration.

Joe Biden, who was running for president in 2020, stated during his campaign that he intended to work with Congress to develop a plan for citizenship for the almost 11 million undocumented immigrants.

As soon as it came into office, the Biden administration unveiled the U.S. Citizenship Act of 2021, which would have granted green cards to people who are present in the United States unlawfully and granted citizenship to illegal aliens. The bill was unsuccessful because Republicans would not back such a proposal.

The Build Back Better Act, which would have granted amnesty to at least 7 million illegal aliens and work authorizations to many more, included amnesty measures that Democratic lawmakers attempted to insert. The House passed the bill, but the Senate did not take it up.

On Sunday, Republican governor of Arizona Doug Ducey tweeted, “VP Harris and President Biden are clueless when it comes to border security. Let’s call this for what it is: an Open Border Policy.”