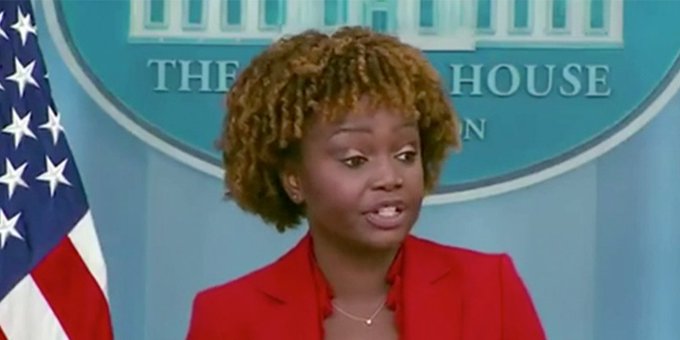 When discussing employment growth for the month of August during the Friday White House press conference, Jean-Pierre made the error.

The number of new employment added by the American economy in August, 315,000, was the smallest monthly growth since April 2021.

However, Jean-Pierre deemed this to be positive news and used the occasion to highlight the overall increase in jobs under Biden since his inauguration.

“As you know, the good news is, in August the economy created 315,000 jobs, which is important. We have created nearly ten thousand million jobs since President Biden took office, which is the fastest job growth in history.”

However, many doing the math on Twitter thought that math was incorrect.

Dr. Eli David, a tech expert and entrepreneur, calculated the press secretary’s figures and mockingly remarked on how wonderfully the employment figures are doing under Biden.

“That’s 10 billion, more than the entire population of the world. Amazing job!,” he tweeted.

Nile Gardiner, a journalist from the UK, saw the mistake and asserted that it was representative of how weak the Biden administration was. He said on Twitter, “The sheer hubris and staggering amateurism of the Biden presidency is breathtaking.”