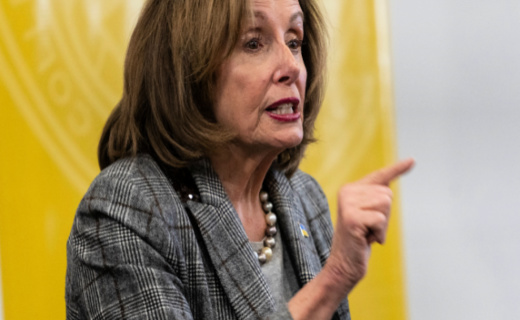 Whatever your opinions on abortion, we can all agree that it is a highly delicate, private subject and ought to be handled as such.

Nancy Pelosi only wants to make fun of you, especially if you support a particular viewpoint. She manages San Francisco’s 12th district, one of the filthiest and most dangerous districts in the nation, when she isn’t busy making money on the stock market or taking care of her own business interests in Taiwan.

Republicans and pro-life Americans were ruthlessly made fun of on Wednesday by House Speaker Nancy Pelosi for holding the view that life begins at conception.

Despite being Catholic, Pelosi asserted that Republicans who support life think it begins at the candlelight dinner the night before” at her weekly press conference.

The Democratic senator from California was replying to Republican Sen. Lindsey Graham’s latest legislation, which would outlaw abortions after 15 weeks of pregnancy nationwide.

“I think what you’re seeing there is a conflict within the Republican Party. There are those in the party that think life begins at the candlelight dinner the night before,”  she stated laughing.

Since Lindsey Graham introduced this bill just before the November elections, I have to wonder what she is thinking as well. Both the timing and the bill are careless. The Supreme Court ordered that the states handle the matter again, and that is where it should go. Only in November is Graham harming the party. Unfortunately, Pelosi is driving the message home with cringe-worthy humor now that she is aware of it.