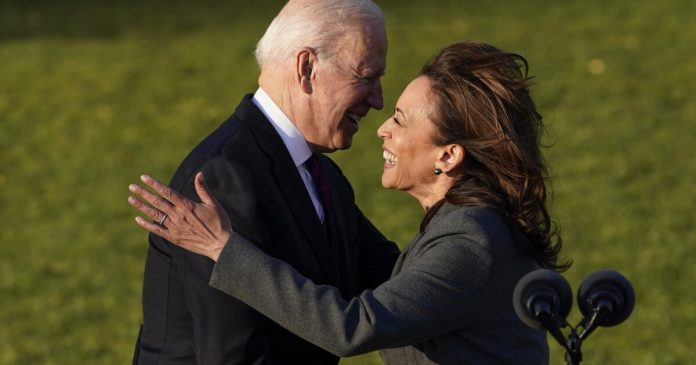 When asked if Joe Biden would replace Kamala Harris as his running mate in 2024, a White House official told reporters last month that the Democrat president has no intentions to do so. The rumor mill, on the other hand, continues to spin.

As recently as December, Fox News commentator Sean Hannity was emphasizing Harris’ dismal approval ratings, implying that her support among Democratic voters is eroding as the midterm elections in 2022 and the presidential election in 2024 approach.

According to Fox News, Hannity reminded his audience, “No vice president in US history had a lower approval rating than Kamala Harris. Perhaps that’s because the vice president is lousy at her job,” he added, citing her inability to resolve the problem at the US–Mexico border, which Biden put her in charge of last spring.

Democrats were scurrying to identify a prospective successor to Joe Biden in 2024, and even discussing a hypothetical nuclear option which could see Kamala Harris, the present Vice President, appointed to the Supreme Court.

According to the left-field Supreme Court concept, if a seat on the Court comes available in the next three years, Joe Biden would pick Ms. Harris, a former high-flying prosecutor. Mr. Biden could then use Section 2 of the 25th Amendment to nominate a more popular vice president.

Given Harris’ low popularity ratings, the choice might provide Democrats a chance to win back supporters who were turned off by the current Vice President’s dismal performance in 2024.

When asked directly about the issue last month, Harris did little to quell rumors that she was on the verge of being fired, saying she hadn’t discussed the 2024 election with Biden.

“I’m not going to talk about our conversations,” she told the Wall Street Journal, “but I will tell you this without ambiguity: We don’t talk about, and we haven’t talked about, re-election because we haven’t completed our first year and we’re in the middle of a pandemic.”

The next day, the White House tried to save face by declaring that Biden intends to maintain Harris as his running mate in the next race. According to the New York Post, a spokeswoman stated, “There is no change.”

However, as Harris’ poll ratings fall and reports surface that her office is a hive of chaos and dysfunction, the question remains: Is keeping Harris on the ticket the right move for Democrats trying to preserve their hold on Washington once Biden’s term ends?