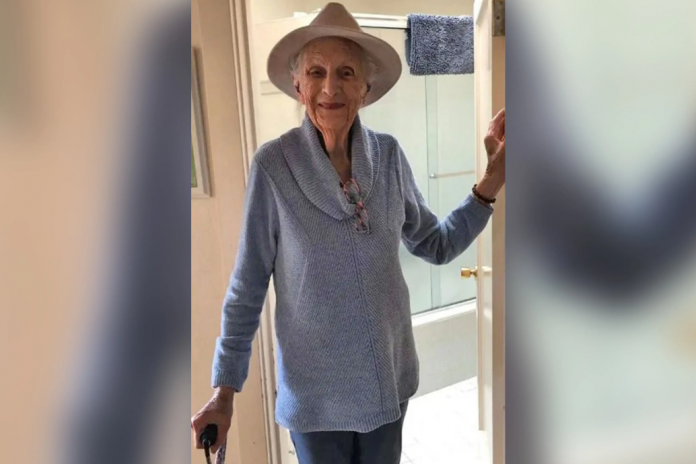 One of the three assisted care residents who were accidentally given dishwashing liquid instead of juice has subsequently gone away.

According to San Mateo Consolidated Fire, three ambulances were summoned to the Atria Park Senior Living facility in San Mateo on Saturday morning about 8:30 am to treat patients. Atria Park stated in a statement that three customers were transported to the hospital after receiving dishwashing liquid in error as drinking juice.

One family told the media that their loved one passed away as a result of the event. When an Atria employee contacted to report that her mother, 93-year-old Gertrude Elizabeth Murison Maxwell, had swallowed a drug and an ambulance had been dispatched, Marcia Cutchin claimed her family learned about the event.

When her family initially learned about the occurrence, Atria informed them that the chemical was an alkaline cleaning solution that consumes protein.

According to Cutchin, Maxwell had significant blistering of her lips, throat, and esophagus when she was admitted to the hospital. When Maxwell arrived at the hospital, her family was informed that the blistering was untreatable by the medical staff.

Cutchin claims that first responders informed her and her family that they thought the dementia sufferers had consumed the poison on their own. Because her mother couldn’t feed herself, Cutchin said that Maxwell couldn’t possibly do it.

“We can confirm three of our residents were recently transported to the hospital after mistakenly being served dishwashing liquid as drinking juice. We have been working with local authorities, who have informed us that one resident passed away. Our sincerest condolences are with the family. When this occurred, our staff immediately contacted authorities, and the residents were transported to the hospital for evaluation and treatment. We are conducting our own internal investigation, and the employees involved have been suspended until this investigation concludes. We will continue working with the police and Department of Social Services to fully review and assess the incident, after which we will take additional actions as needed. The safety and well-being of our residents remain our top priorities at all times. Out of respect for the people involved, we cannot comment further.”